Somerset noise-makers October Drift have been flying the flag high for independent bands since they formed, be it their relentless commitment to their craft and solid work ethic, it’s hard to not find their passion admirable. This band are no strangers to the live stage, they thrive in performance and live for the thrills of life on the road.

This March, the foursome embarked on their biggest tour to-date, and us not wanting to miss an opportunity to follow the guys on tour, were able to wrangle an exclusive tour diary from them with all the inside goss which the band have titled themselves…“14 Days With Alan Rickman And His Hedgehog.” So head forth for the on-set of tour hysteria, mental warfare and so much more.

What has happened??? I feel like all sense and logic has been sucked out of me. The whole group is becoming weary and disillusioned. Upon arriving at our hotel after last night’s show, we all became mysteriously locked in hysterical laughter, whilst gathered around a vending machine in the foyer. Is this what we’ve become? Have we really fallen so far that we find overpriced confection so hilarious? My mind feels like it’s melting and has now become a big, mushy, Alan Rickman filled mess. I want to put the brakes on and get off this ride, but I know that’s just what Neil and Kiran want! So for the time being – I must endure.

I fear that my companions are now too far gone. They seem blissfully unaware of Kiran and Neil’s plan, and I have now accepted they are beyond saving. Ignorance is bliss – poor bastards.

Today I cried in the shower. I woke up feeling strong and ready to seize the day, but as soon as the bathroom door was closed I became a big, weeping, soapy mess. There’s something deeply tragic about a grown man sobbing like a 12 year old girl, naked, whilst shampooing his hair with the world’s most un-latherable shampoo, in a Travelodge on the M42 just outside Birmingham. I hope to god my room mates didn’t hear me. I can’t let them see the shell of a man I’ve become. 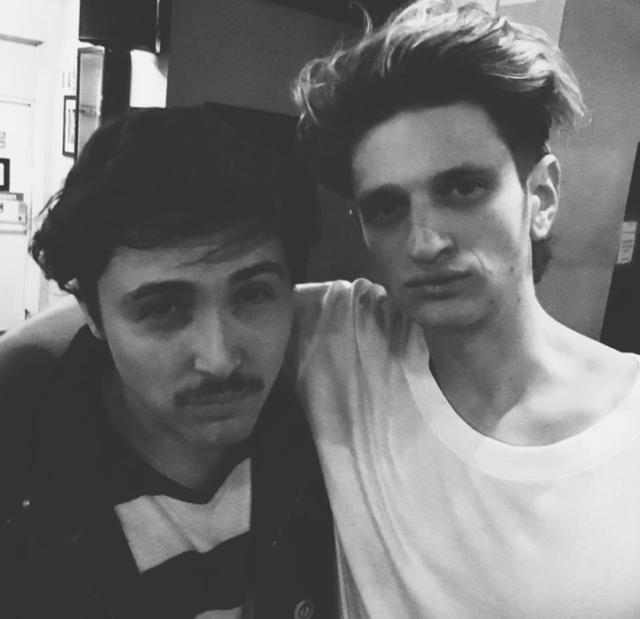 I’ve been thinking a lot about Jesus recently…hmmm

I CANT TAKE IT ANYMORE!!!!! I’m reaching my breaking point! My mind has become so full with Alan Rickman impersonations, that I’ve developed a Tourette’s like spasm, where I scream Severus Snape quotes at people. Earlier on I hit a barman with a violent ‘AVADA KADAVRA!!!’ before threatening to strike 10 points from Gryffindor. HOW HAS THIS HAPPENED???? GET OUT ALAN!!! GET OUT!!!!!!!! 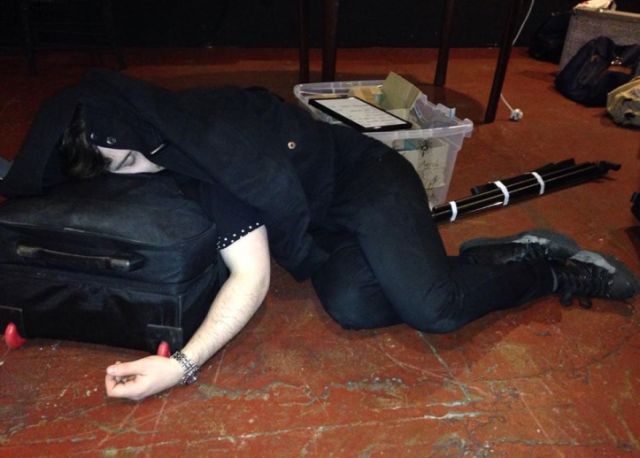 I’ve been working out ways in which I can put an end to this. Neil and Kiran think they have me right where they want me, but they don’t know what I’m prepared to do. They don’t know how far I’m prepared to go. Over the last 13 days they’ve tormented me. Left me battered and bruised from agonising mental torture. Dan, Biz and Francis are done – they’ve been broken fully. But as for me…I still have enough energy left to finish this. To end it once and for all. I will strike when they least expect it – aggressively and with no mercy. I hope they enjoy this meal – for it will be their last. 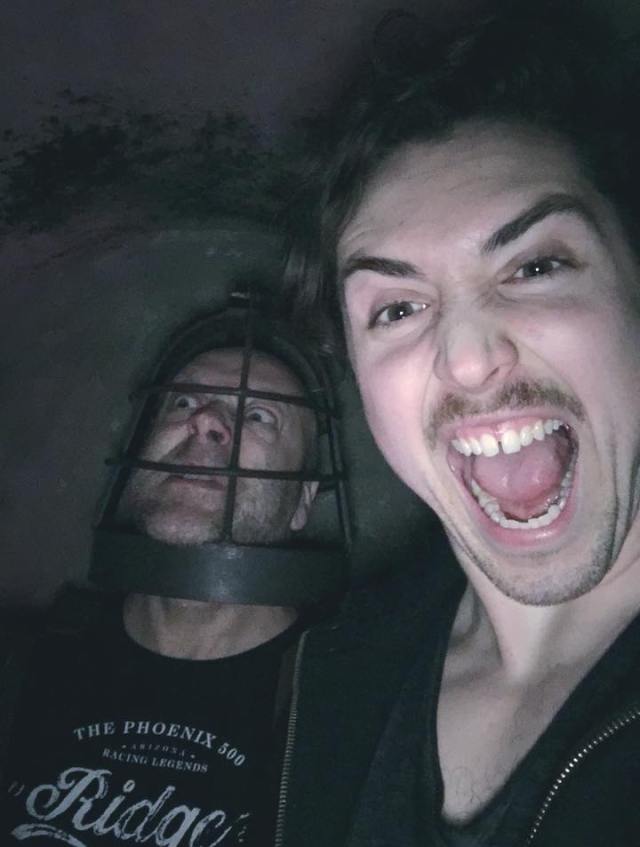 October Drift’s debut EP ‘Stranger Days’ is out now, via Scruff of the Neck Records.

One thought on “On Tour With October Drift (Part 2)”