Tom Odell was the recipient of 2013’s Brits Critics’ Choice Award, the young artist was propelled into the spotlight at a time when streaming was a mere spec on the industry’s eye. Now Odell, three years on, has released his long-awaited follow-up to debut ‘Long Way Down’ in the genre-bending epic ‘Wrong Crowd’.

An album which see’s Odell expand his sonic palette into far more commercial reaches than ever before. A bold move to make at this stage, but when it comes to sophomore releases it’s make or break. Yet by introduction of these new dance-infused tropes, Odell finds himself an invigorating lease of life, permeating his back catalogue and adding colour to where there once was shade. The new material works surprisingly well alongside the gravelly-toned piano man’s most famous tales of bitter romance and growing pains, but what this new chapter signifies is much more than just an adaptation of musical style. It’s growth – Odell shows great maturity in the way he composes himself, taking few breaks between songs but when he does, he’s gracious and thanks everyone involved for coming along to watch them, and then proceeds to gush profusely about his band mates (“the Wrong Crowd band”), whom he exclaims are “the best band in Manchester right now” and he’s not wrong. For the night, they certainly lived up to that declaration for all in attendance. 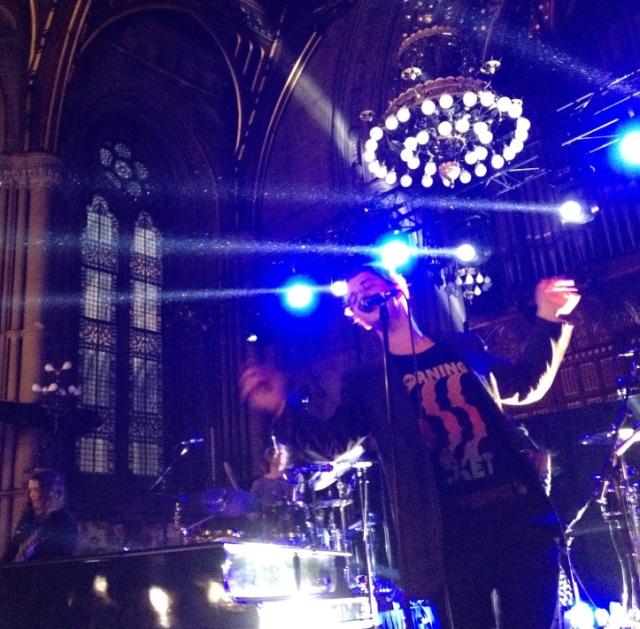 The event was an invite-only, ‘secret’ affair in the heart of Manchester’s city centre, held in the majestic and historic walls of the Town Hall. Once entering through the doors, the anticipation became palpable of what a rare and special night this would be. Opening to a rip-roaring rendition of ‘Still Getting Used to Being On My Own’, the lofty surroundings matched the rollicking rock show that was happening on the stage, one side glance and there captured in plain sight was the feeling and euphoria that Odell radiates – one of his crew members watching from side-of-stage was emphatically rocking out to the pounding bluesy stomp. When you witness something as purely vindicating as that, you know you’re in for a good night. Next up, came early single ‘I Know’. A song that carries a heavy weight of emotion, it’s through his lyrics that rise out from under the sting of heartbreak that we rejoice with him and find some kind of peace within it all. Live, this song is purposeful and vital, a true cornerstone of his show.

Scattered through are songs old and new, from the dark-hearted and moody ‘Wrong Crowd’ which applies classic tropes with heavy bass elements and electronics to the swells and cadences of ‘Can’t Pretend’. When we reach ‘Concrete’, a strong contender for the best single off the new LP. Odell leaves the piano for a minute and takes to his feet, with pulverising intensity he delivers an affecting and sensual vocal performance. Ending with him holding tightly to the mic stand, almost straddling its features, in a passionate arrest. 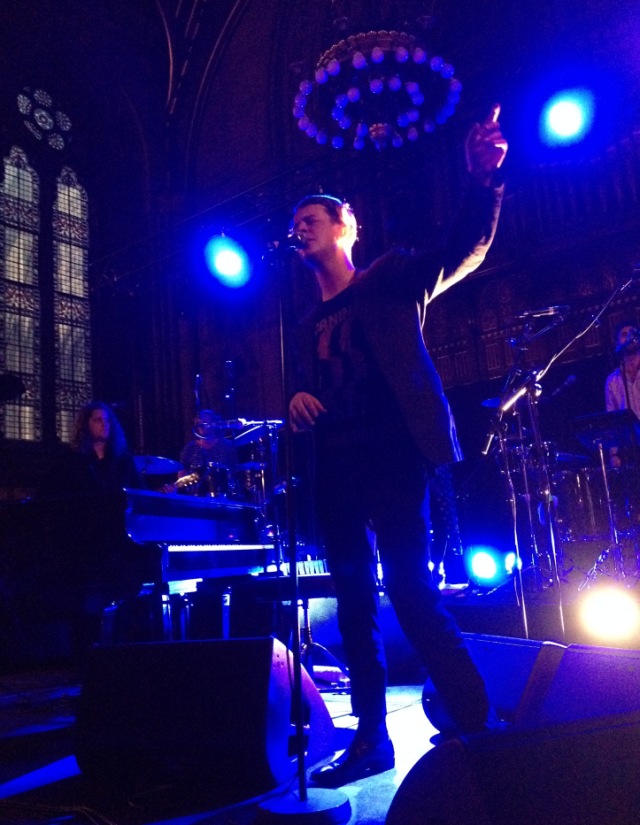 The one song placement that feels a little out of balance in the set is ‘Sparrow’, but once the chorus kicks in you realise it is a smartly played move, one that unequivocally displays Odell’s remarkable vocal range and tone at its best. What must be said is that his musical cohorts are much more than merely back-up’s, they are an extension of Odell – they work to infuse each element rather than acting as just another cog in the machine. The romance of youth and aging appears in fan-favourite ‘Grow Old With Me’, while foot-stomping dance romp ‘Here I Am’ floats gracefully around the ears, making way for a surprise appearance from weepy ballad ‘Heal’ (this being the instant ‘yes’ moment). Songs like ‘Heal’ explore the true depths of the human condition and our capacity to feel pain, to love, for renewal. The last two tracks to be unveiled are unsurprisingly ‘Another Love’ and ‘Magnetised’ both equally different in form and sound, but both are met with rapturous energy and applause.

The consensus remains that Odell deals in cathartic releases, you can’t help but leave feeling revived.

For all the latest on Tom Odell, head to his Website.