New York City plays residence to all – creatives, intellectuals and dreamers – including your new favourite band Mainland. The group take massive pop hooks and turn them on their head with an edgy post-punk zest, and poignant observations of the world. Upon releasing new single ‘Beggars’, the trio are inviting fans to join the “Young Beggars Club” – a collective that inspires them to pursue their dreams and unite together. So in accordance to the new initiative, Mainland talk us through their Young Beggars Guide to “the city that never sleeps”.

Favorite bar. We’ve been digging Beverly in Chinatown. They play trap music and have moody pink neon signs and tropical plants. It’s off the beaten path so naturally it’s a nice place to escape the city hustle and bustle but still have a fun time.

Music. Record stores are a humble 2nd home for this band. We’ve played a bunch of times at Rough Trade in Brooklyn and they really have a great selection of punk and new wave records in addition to fine art photography books. We played at Rough Trade on Halloween and we dressed as a cop, priest, and Prince. 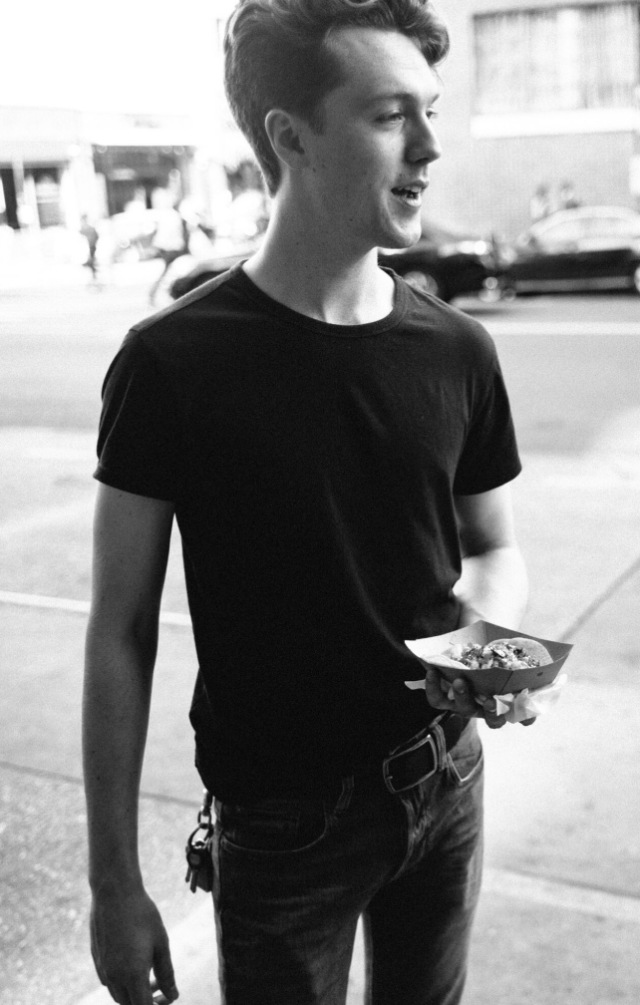 Food. We love Essex taqueria in lower east side and tacos are a staple of the Young Beggars Club diet. The al pastor or carnitas tacos really suffice the Mexican food cravings with ease.

Culture. Going up the street from the taqueria, we have our favorite bookstore where we’ve bought several photo zines by friends in New York. The spot is called Objectify. It’s ran by Maria Candanoza who curated fine art prints, fashion publications, candles, and zines. It’s simply rad. Our friend Pete Voelker who has directed several videos for us now has his photography book there for sale.

‘Beggars’ is the first single to be taken from Mainland’s debut album, ‘Night Trials’, due for release later this year via 300 Entertainment.