Mikko Joensuu is the kind of singer-songwriter who easily stands out from the crowd. His debut album ‘Amen 1′ (which recently came out on Svart Records) taps into the American folk music tradition. The songs provide a real depth of feeling delivered in such a way that they work to heal and repair, rather than rupture old wounds. The arrangements are raw but beautiful – mostly just piano and guitar accompanying Mikko’s voice, with pedal steel guitars and soothing string sections paying a visit every now and then.

Mikko Joensuu’s grand solo debut is three albums long, and with part two appearing in late 2016 and the third instalment coming next spring, it forms the Amen Trilogy. Today, we bring you Joensuu’s curated playlist which follows the theme of isolation, after building a studio cabin in the Finnish wilderness and remaining there during the entire process, disconnected from the outside world. He says of the choices –

“These are songs that I always listen to when I’m by myself, and they speak to me in a very personal way. Usually they transport me to another place. That’s isolation for me.”

Indulge in Joensuu’s picks below. 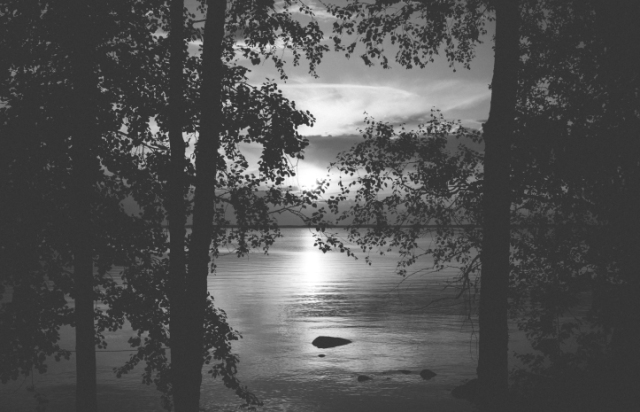 A kind song and a mystical song. A gentle invitation into the world of this beautiful album. It is definitely named “welcome” for a reason.

One of the best pop songs ever made. “It breaks my heart to see the city, and wonder why it ain’t pretty.” Back to the nature-kind of feeling every time I hear this song.

Scott Walker – ‘Farmer in the City’

The images this song puts in my head forces me to listen and forget whatever it is that I’m doing at the moment. I don’t think I’ll ever stop listening to this song.

I really love Turkish music. I see the same reaction in myself with all the music from other cultures. You sort of stop trying to find some strange logic on how a song should be according to some Western standard. You know what I mean, you know what’s going to happen next and it sort of bothers you. But if it doesn’t it could bother you even more. This makes no sense. Erkin Koray has done such amazing albums that I could have picked almost any song.

Does the same for me as Koray. Music from 70’s Turkey usually transports me to another world.

Her voice and the whole band. Amazing music. They’ve really created a world of their own. I just had to add two songs from them.

A song composed in 1834. What a year. I heard this song when I was about 3 years old. From that day until now, there has always been something powerful in this song for me. Maybe it’s the fact that I don’t remember a time when I didn’t know this music existed, but I feel it’s part of my being. So many images and memories are resurrected in my head through this composition.

Not the most cheerful of albums, but takes you on a trip all the same. His music works well for clearing your mind from extra thoughts.

Kitty Wells – ‘Poison in Your Heart’

This song really points out everything I love about American country music. The huge contradiction between the tune and the lyrics. The message is tragic and naively honest, but the music is the kind a kid can clap on and say, man what a nice little song. It’s like the nation’s way to deal with terrible things. If we just isolate ourselves from it and keep smiling, it’ll be ok.

‘Amen 1’ is out now on Svart Records.

For more on Mikko Joensuu, head to his Website.