So it’s that time of year again. As we wrap up another year, we start to look back at all the memories we’ve made, all the things we’ve done, all the things we still have yet to achieve. All the good, all the bad. But I think it’s safe to say, 2015 has been a great year for music, and continuing on this theme, here’s a list of some of the songs that made our year a little bit more excellent.

Firstly, where to begin when talking about BANNERS. The Liverpudlian artist literally hit the ground running with ‘Ghosts’ his debut track. A stunning falsetto-led masterpiece of epic proportions. A gentle touch, deft and haunting. BANNERS made long nights spent longing for something bigger that much bearable. The song signifies hope, strength and conviction. It’s within this might that BANNERS is made resolutely powerful. 2016 will be exciting for this artist that is blindingly obvious. 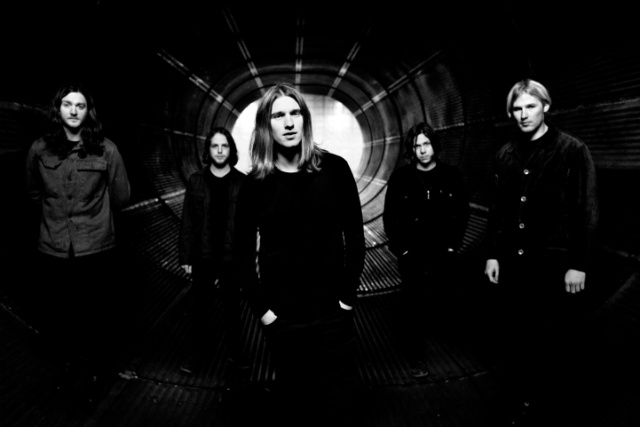 ‘Death Grip’ signified a new dawning for the Canterbury five-piece – it was the awakening to a whole new world of possibility within their music. For the band took their sound further than they had journeyed before, through the cosmos and into a world where distortion pedals and atmosphere building techniques were king. The track thrusts into action, roaring and kicking with a fury, never letting up. It’s a wonder that we don’t get swept up by the sheer velocity of its intent. It’s pretty epic to say the least.

Spector ‘All the Sad Young Men’

I think when indie bands add a heavy dose of synthesisers to their sound, it can easily be the winning combination. ‘All the Sad Young Men’ revealed just this. Its syncopated chug sets the course for arguably the bands most poppiest moment to date. The track details the dour misery of a generation that longs for connection. Yet, that may seem very gloomy and not appealing, but listening to the track, is refreshingly empowering. It’s real and it’s human. If anything Spector are great at dressing up the most mundane experiences and turning them into something that is both beautiful and cathartic. 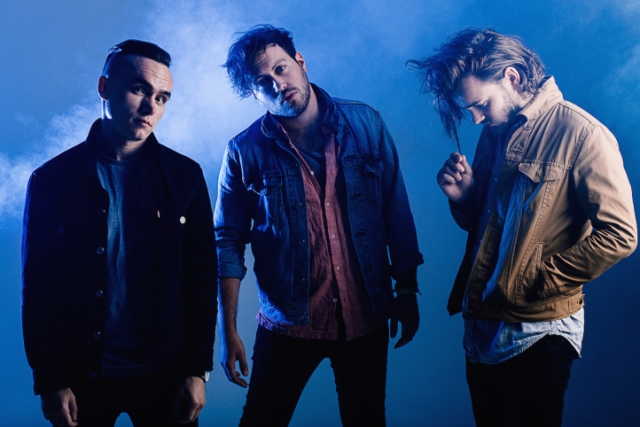 The Scots have it (while one member of Prides isn’t technically Scottish – we’re still running with it). Well Prides definitely prove this. Their epic pop bolsters enough energy, enough emotion, enough raw passion to create it’s own little person. Characteristically, ‘Higher Love’ is uncompromising in its efforts to make those feet move and those lungs fill with volume. It’s made for those punch-the-air moments. Turn this one up loud and enjoy it. 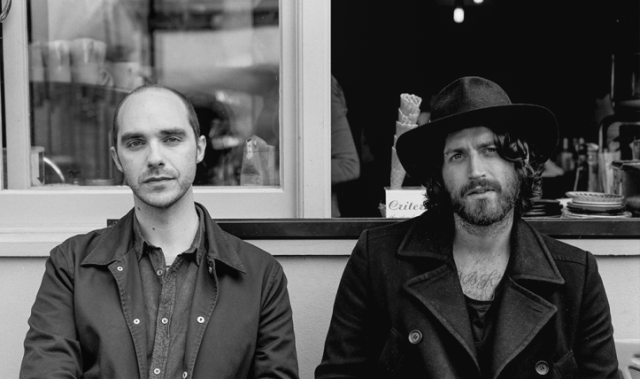 Liu Bei create magical worlds with their music, it’s a space for deep introspection and grand romantic gestures. ‘Mind Over Matter’ is cinematic in scale and deeply moving in it’s scope – it is a carefully crafted composition that carries the mind away from worry, yet it still holds weight for deep emotional resonance and meaning to emerge within it’s confines.  It’s the perfect kind of pop song. 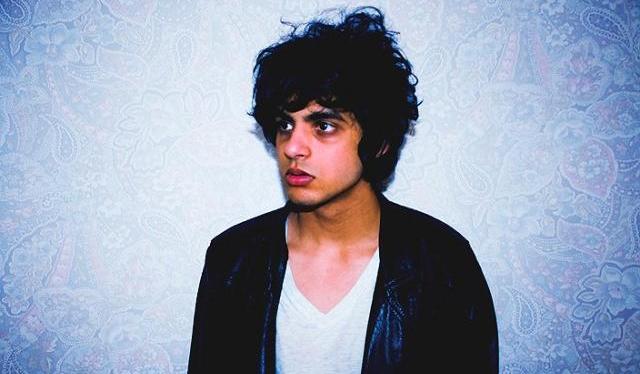 Harts guitar is an extension of himself. Every thought, every feeling, every emotion that runs through his limbs feeds back into the performance. It this guttural, even primal connection that he has with the music that makes every song he releases, ultimately one-of-a-kind. This is a man that would easily make Jimi Hendrix proud. He is a true musician and artist, and it shows. 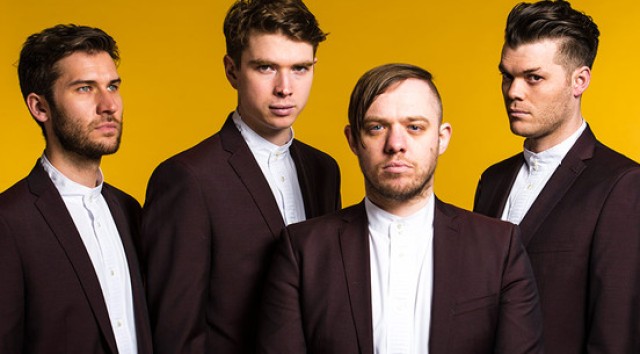 Everything Everything’s avant-garde style is what makes the band an interesting proposition – their ability to dissemble and reconstruct a pop song and turn it into something that’s sonically compelling, is second to none. The band never loose their integrity – it’s intelligent pop music without losing its accessibility, hook-laden but meaningful and quirky but not odd-ball. ‘Regret’ is one of Everything Everything’s finest to date – conducted by Jonathan Higgs, it’s a symphony of tightly wound harmony and battling friction. 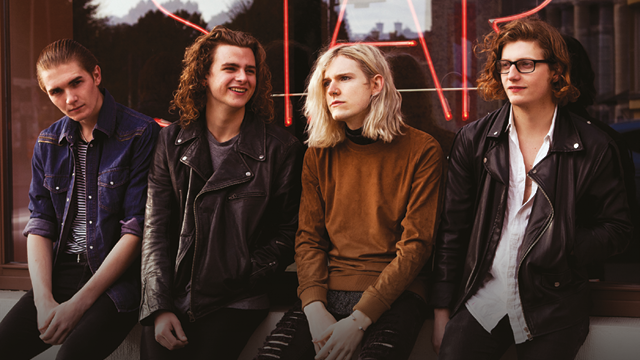 This guitar band are probably the most promising band to come out of 2015. Their brand of vibrant, pop-filled indie music will have the heads bobbing and the legs moving. The band’s songs provide substance with Oscar’s personal observations of the world around him, and the music provides a delicious cacophony of buoyant synths, streamlined guitars and powerful hooks. ‘Run Away’ is their best yet – relaxed but vibey. 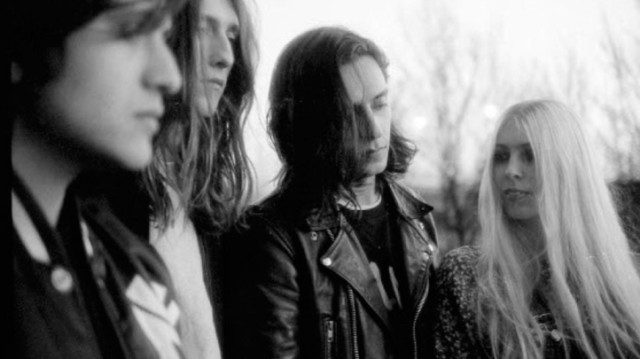 Meet the guitar-wielding punks that are making the term ‘anthem’ cool again. From the instantaneous hit of swaggering percussion to the indulgent guitar thrash, it was official that INHEAVEN had arrived. Listening to their debut track feels like a reawakening, it’s been so long since music has felt this right, this invigorated, this vibrant, and it leaves you certain that these four misfits from London were destined to find each other and make sweet music together. It’s a trip. 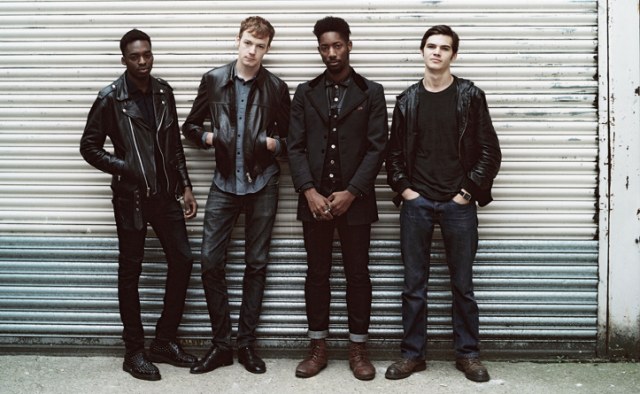 Racing into action at a ferocious speed ‘Swarm’ is an intense, visceral ride to the top. Its maniac guitar-on-guitar battle is what defines this track as one of the best tracks of the year. Travelling through chaos to maintain its power-hungry stomp, a reverent bass sturdily drives its moving parts into a powerful climax.

The Slow Readers Club ‘I Saw A Ghost’ 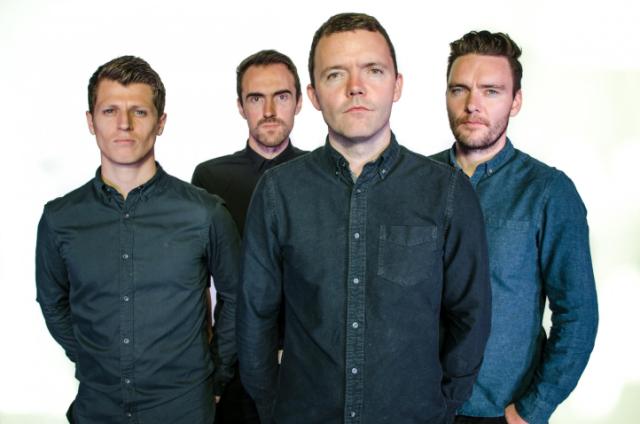 The Slow Readers Club made all those who tasted the fruits of their second album ‘Cavalcade’ happy that they did so, their gloriously introspective indie will bring light to even the gloomiest corners of despair. Which is no better brought to life than in ‘I Saw A Ghost’. The lyrics fall in line like a perfectly crafted mosaic, intricately woven to form an exploration into the human psyche. Damaged and torn apart by worry, the song’s lyrical baggage is brought out the depths of depression by its spirited musical backing. I dare you to stop yourself from moving to its beat. 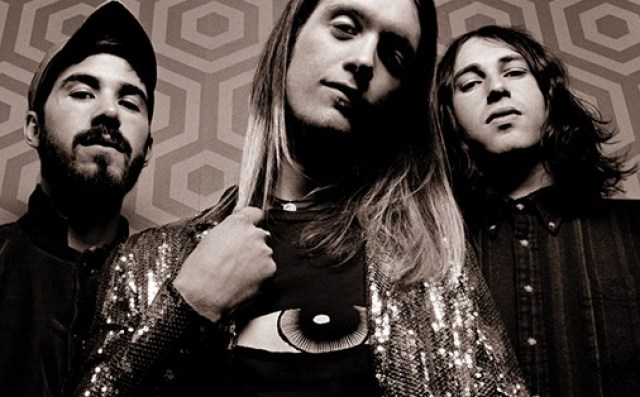 The rain-soaked streets of Manchester brought us a new jewel to the city’s crown in Man Made. The raucous upstarts make guitar music that’s upbeat, heavy on the riffs and absolutely ravishing. ‘Carsick Cars’ provides a fun jaunt of guitar pop that glitters like the gold jacket that drapes over the shoulders of singer Nile Marr. Carrying enough conviction and attitude in its bars to take it from a little ditty into a taut, sure-fire anthem. 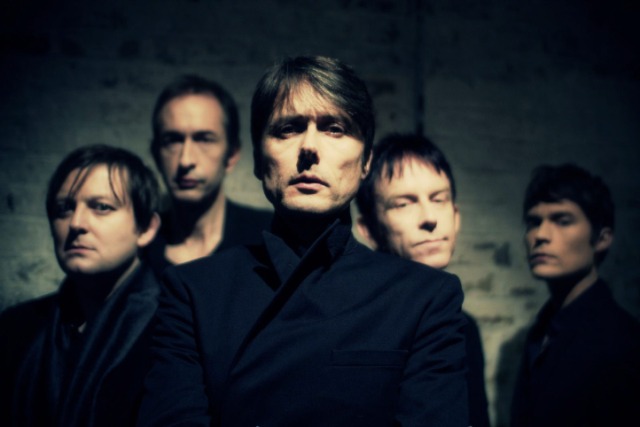 The track is taken from the band’s seventh studio album, out early next year, and featuring some rampant, noir-tinged riffage. It’s stunning balladry spun into stadium-like glory, vivid and brash all in one. Suede are luminous on ‘Outsiders’.

Asylums ‘Joy In A Small Wage’ 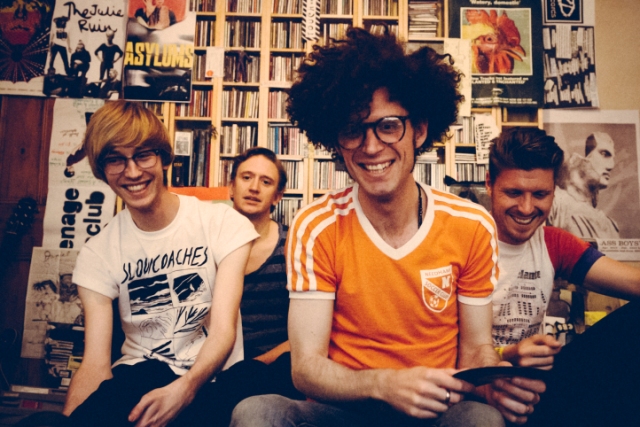 ‘Joy in a Small Wage’ is Asylums calling card – fuzzed-up, lively and purposeful. Asylums are a band that have proven that even when the music industry seems to be sided towards the commercial end of the scale, good music can still tip the balance. They solely fund the band off their own backs and have been receiving praise from the high-up’s at Radio 1, played Glastonbury and have supported some of the greatest bands around including Ash, Turbowolf and Carl Barat and the Jackals. 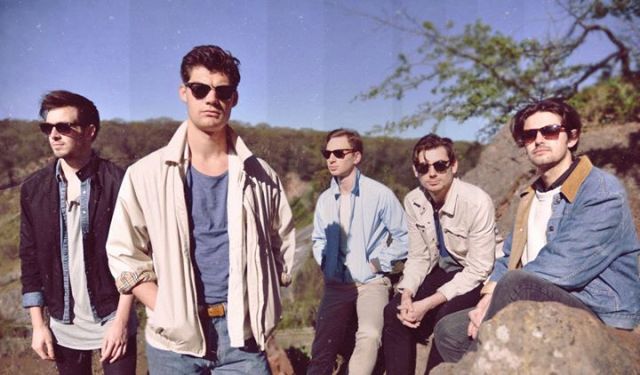 Bristol quintet Sienna Chorus burst onto our radar at the beginning of the year, playing on those heartstrings oh so elegantly and harmoniously. ‘Perfect Remedy’ features a down-tempo piano melody that takes the song to great heights, tightly wound by a resounding baritone that rests gently between falsetto and full voice throughout. Moving through the spectrum, ‘Perfect Remedy’ flickers from quietly powerful to crescendoing choral bliss – it’s a mighty statement of intent from this young band, but they surely proved that they have the goods to pull it off. 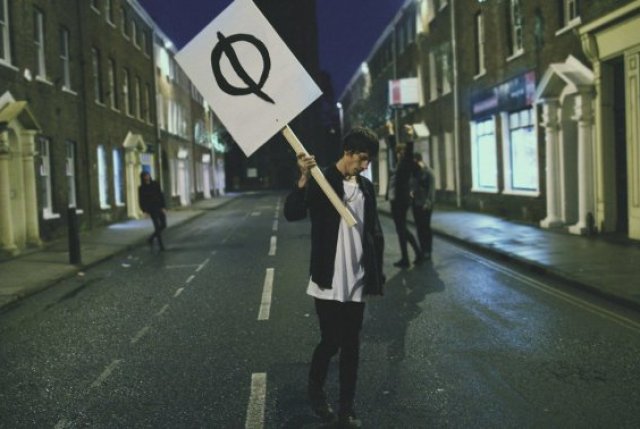 The gentle coursing sway of percussion fills the silence as ‘Syrup’ enters through the void, swirling guitars and subdued bass meet in the middle before the brooding vocals steals the spotlight. Maintaining a languid state throughout, the atmospheric backdrop of ‘Syrup’ compels the ears to fix upon the lyric content, a feeling of confusion is prevalent but it’s the profundity of hope that overcomes the senses. 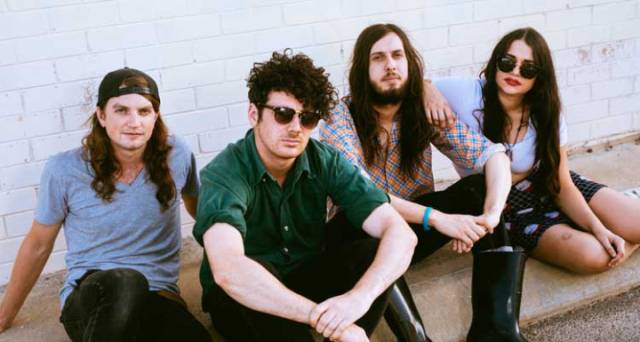 Perth’s Tired Lion continue our love affair with the 90’s. The grunge angst of ‘I Don’t Think You Like Me’ is wildly invigorating, propelled by Sophie Hopes bratty vocal purr and riddled with snarling guitar noise. It’s ferocious and totally rad. 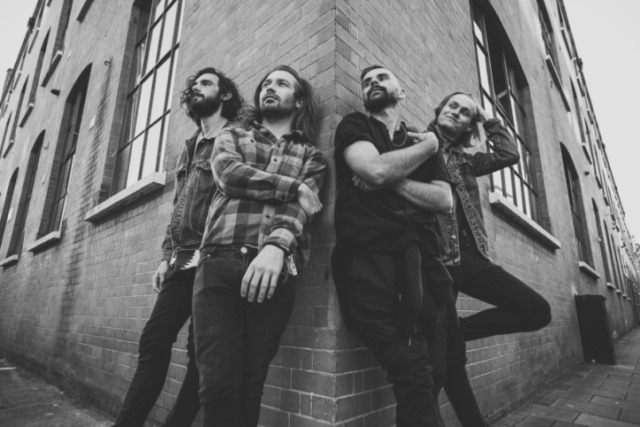 Staccato guitars lead ‘Diamond Days’ into  a blissful hue of euphoria. HABITATS tropical infused indie is profusely rhythmic and intensely danceable. They set the feet grooving and the sing-a-longs in motion.

Billy Lockett ‘Burn It Down’ 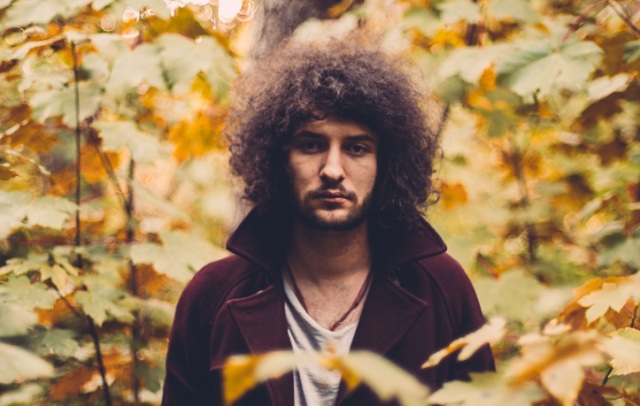 Upon first listen to ‘Burn it Down’ it’s immediately clear that Billy Lockett is a talent. It’s heart-on-sleeve songwriting that is pulled together by resounding piano backing, but this isn’t your average piano pop, each blazing sentiment is torn apart at the seams, bruised and scarred by a broken heart. Lockett pours his heart out with defeating sincerity but resolute conviction. It’s a beautiful thing. Magnificently crafted and remarkably delivered. This is one of the most epic moments of the year. Flawless. 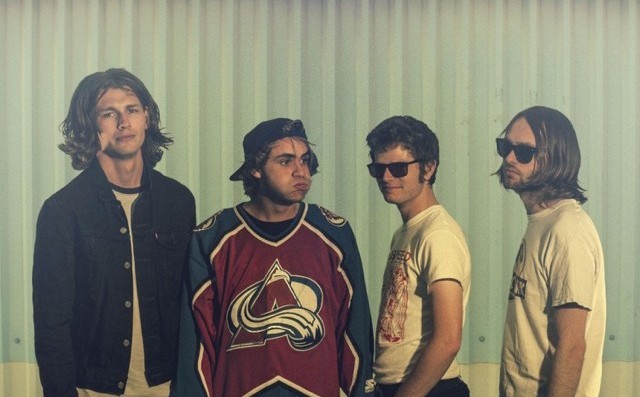 Kent’s Indoor Pets will get those limbs moving that’s for certain. ‘Mean Heart’ in particularly is a stunning piece – intensely melodic at its core but slightly offset by the ever-growing discordant thrash of guitar-on-guitar action. Buoyancy is rife, almost reaching an overbearing level in the way it sneers with optimism, but that’s why we love it. 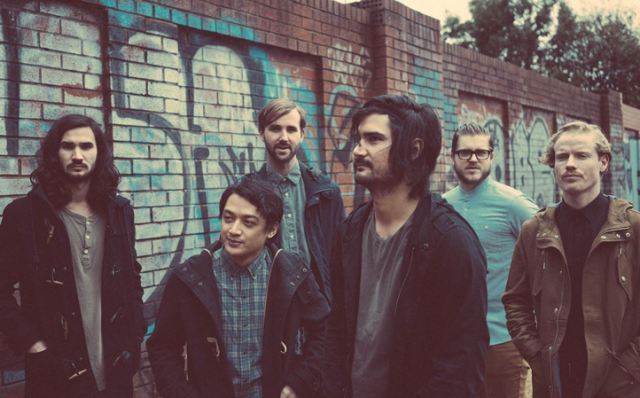 The sensual 80’s inspired cut from Aussie band FAIRCHILD proves that sometimes less is more. Opting for the slow burn, ‘Breathless’ ramps up the heat only to cement it’s sincerity, that simply we all make mistakes and sometimes we put our trust in the wrong people. But it’s not all sorrow, and in turning that frown upside down, they find solace. 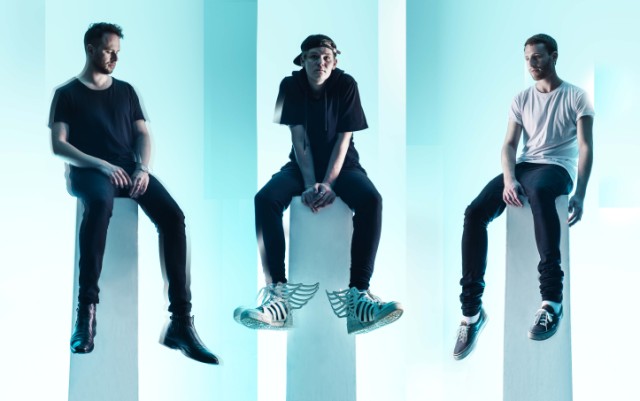 The synth pop of Sydney’s Hollow States is fearless. They are never ones to run away from feeling the darker emotions that life throws at us, but instead they fully embrace the darkness and are stronger for it. Within their music lies a refreshing lust for life, it’s deeply heartfelt and wholly complexing, but you know what it’s good to get deep sometimes. And in that ‘Damage I’ve Done’ will continue to teach me new things on every new listen. Go ahead, indulge.