Canberra boys Slow Turismo have been building up quite a reputation for themselves around Australia with their unique brand of sun drenched indie pop. Well textured and intricate arrangements that have even the heaviest feet tapping along in time have gained them widespread attention. Their latest single ‘Corners’ is the third in a string of strong infectious pop anthems. It combines silky textured vocals, spacey ambience and even a dash of brass for good measure, to create a track that really takes you places….and once you’ve listened to it, you will want to take the trip again and again and again.

I caught up with the boys, after my band Hollow States supported them on the Sydney leg of their tour.

If Slow Turismo were a cake, what kind of a cake would it be and why?

“Pancake – you can have us for breakfast or desert ;)”

I personally really love Canberra, from what I’ve seen there seems to be really tight, nurturing community…whats the best thing about the Canberra music scene, and the worst?

“It’s quite small so you know everyone and every band pretty well, while it’s a great opportunity to learn from one another, it can also result in a lot of the same line-ups.” 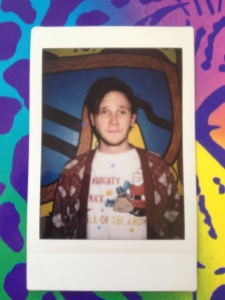 If each of you had to pick one song that you are currently obsessed with, what would it be?

Rhys- Taylor Swift – Shake It Off” 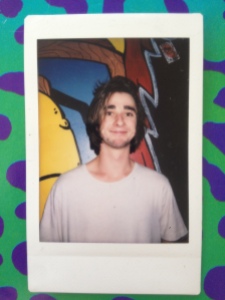 Do you ever get compared to any other artists, and if so how do you feel about the comparisons made?

“We get a really wide range of comparisons and some are pretty obscure. From Arcade Fire to the Beach Boys, Modest Mouse, Alt-J, Fleet Foxes, Cloud Control, and once even Daft Punk, obviously we find them all more than flattering!”

In a zombie apocalypse type scenario, what would the pecking order be? Is there a clear survivor or first to go?

“Well clearly Louis sits outside the inner circle of brothers but he is probably the most generally capable member of the band. You know when people get a little bossy though and you want to cut them down a bit for the sake of it….sometimes that’s what happens with Louis. He gets extra bossy in stressful situations too.”

Who are three up and coming artists, you guys really believe in?

Holy Holy come to mind as a band that really should be much bigger than they are.

We have recently been on tour with Tully on Tully and we really love the tunes they are putting out!

City Calm Down write some amazing tunes too, we haven’t actually seen them play yet but really like what they’ve done so far.”

Have you had a clear highlight moment of this tour?

“Playing to a home crowd is always lovely, having friends and family singing along with us is incredibly special.”

What do you think are three important ingredients in the makings of a successful/happy band?